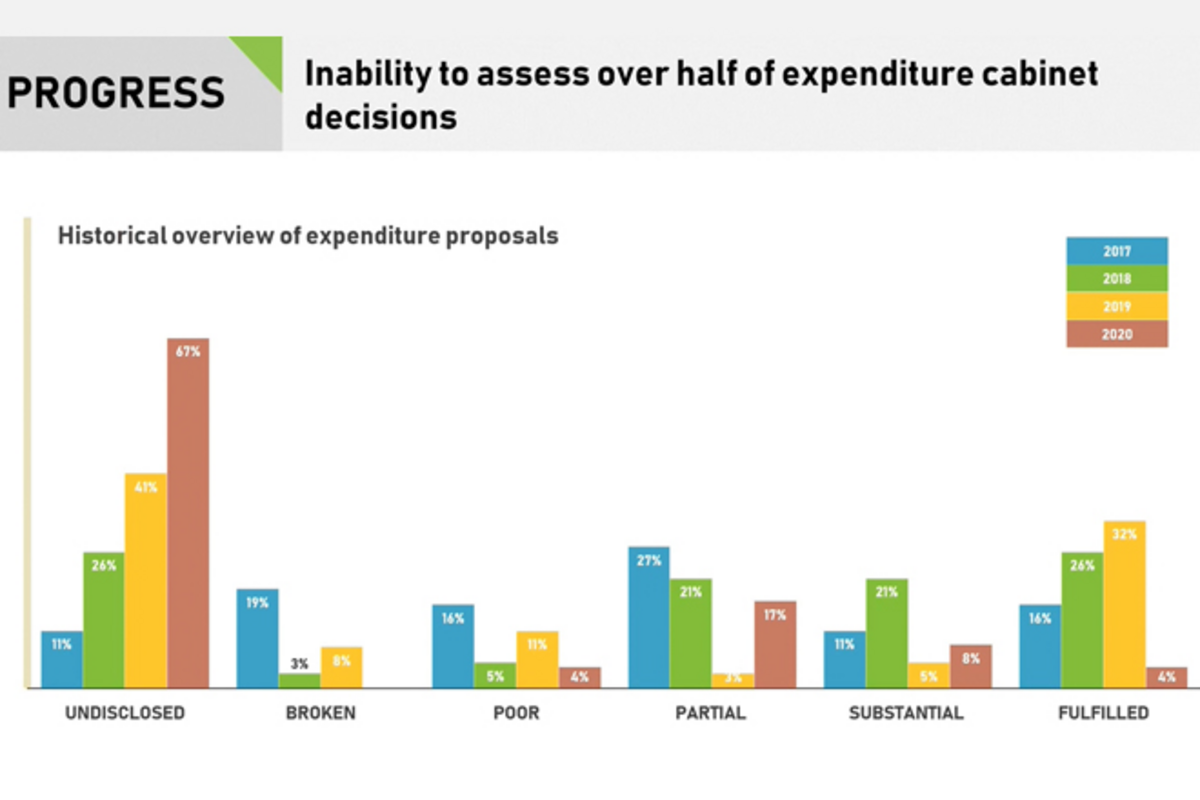 BudgetPromises, a platform to track delivery of Government budget proposals, revealed yesterday there was poorer visibility on many Cabinet decisions surrounding projects, with the proportion of proposals with restricted information more than doubling over the past two years.

The researchers state that progress on close to 67% of Cabinet decisions and projects were difficult to evaluate due to restrictions.

For 2020, in the absence of a budget speech, the BudgetPromises dashboard on PublicFinance.lk tracked 26 expenditure and regulatory Cabinet decisions between January and June 2020 and eight unfulfilled proposals from the previous budget cycle.

The openness of regulatory policy decisions was also tracked using information obtained from relevant Government websites and requests filed under the Right to Information (RTI) Act.

Presenting the findings, Udahiruni Atapattu of Verité Research said the number of completed proposals had reduced in comparison to previous years, but this could also be largely due to the impacts of COVID-19. However, regulatory decisions taken by the Cabinet had seen implementation improve to 40% up from 18% in 2019.

“Ministries are less willing to disclose full information, so there are many Cabinet decisions on which we cannot make progress reports. Even information available online has become very limited and some institutions do not respond to RTIs as well. There is spurious rejection of RTIs. Institutions say they cannot disclose information to a private company, but no such restriction is listed. In addition, there is also a general degree of confusion on who is responsible for certain decisions,” Atapattu stated.

Accordingly, the platform listed four highlights from the recent round of tracking implementation, beginning with ‘Intensification of the ‘Closed’ Culture’. ‘Increase in Confusion on Responsibility to Implement’ was next, pointing to the significant breakdown of the lines of responsibility for several proposals. RTI requests were transferred between several implementing agencies—in some instances, multiple times, within departments of the same ministry, the report found. There was increased confusion within agencies about whether specific proposals fell within their purview, it added.

The BudgetPromises initiative has made several recommendations in the past to improve the path to effective implementation of budget-related proposals, and it notes that these still remain relevant.