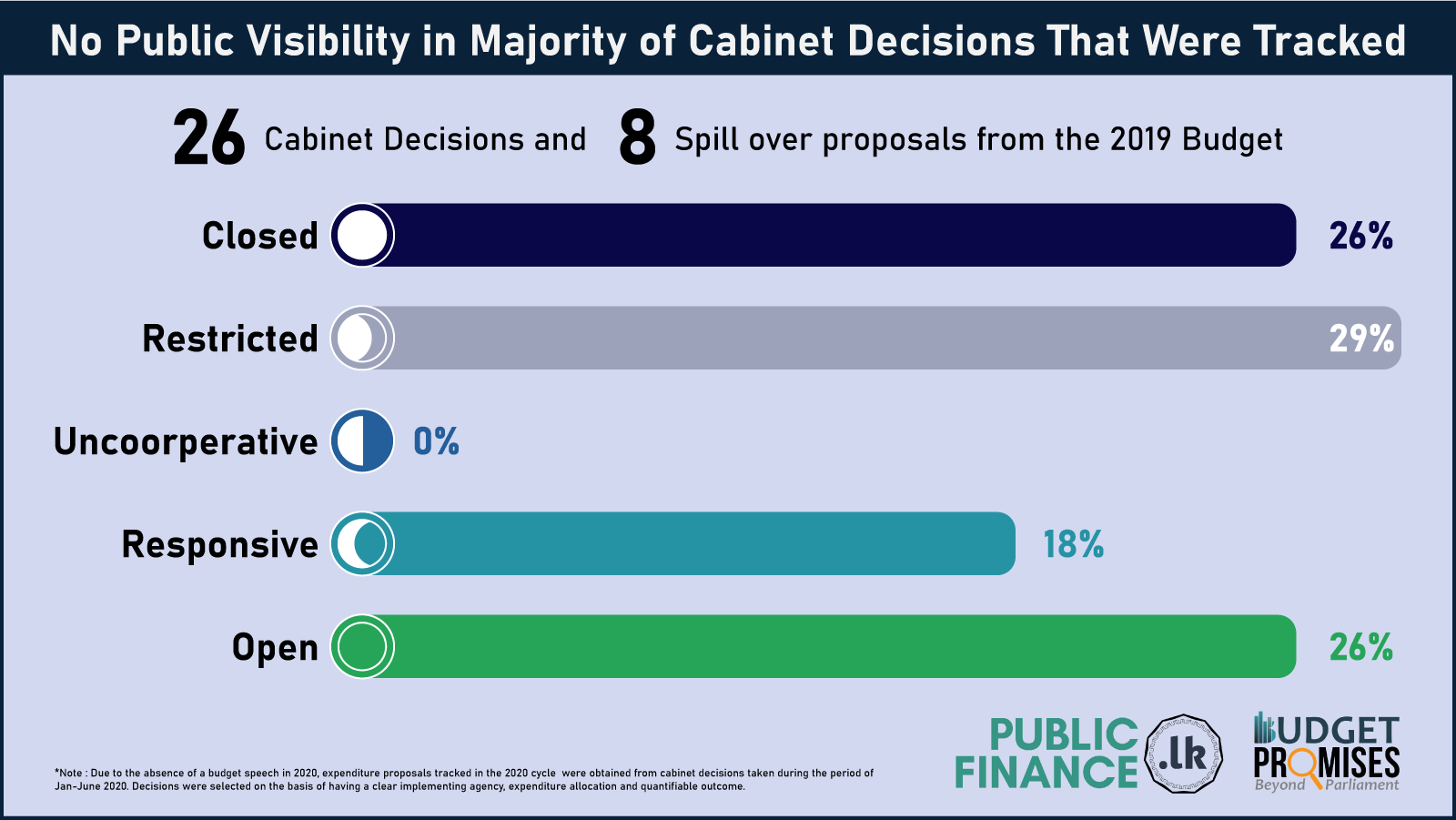 The implementation and evaluation processes of the national budget require more transparency and to ensure the government delivers what it promises, going forward needed are well formulated proposals, with documented analysis, to support the benefit and implementation ability of the proposal, said economic think tank Verité Research.

With the budget tracking platform ‘Budget Promises’ highlighting a number of shortcoming in the manner in which the annual set of proposals are executed and evaluated, the Colombo-based economic research institution asserted the need to limit the fragmentation of ministerial portfolios and ensure a line of accountability is defined and maintained with regard to the implementation of each proposal.

In a webinar held yesterday to shed light on the progress achieved thus far by the previous national budget, Verité Research urged the government to institute better oversight by executive and legislature, which are the Parliamentary Committees and Parliamentary Budget Office.

The need to provide timely and consistent disclosure of information on the ministry websites was also suggested, since implementation tends to improve when better disclosure is practiced, Verité Research said.

The latest tracking effort of the national budget, via the Budget Promises platform showed that there was poor visibility on the implementation of a significant proportion of Cabinet decisions in the observed time period.

“There was little to no information available to determine the progress of over half the proposals,” shared Verite Research Research Assistant Udahiruni Atapattu, while sharing the recent observations of the tracking platform.
While the issue of insufficient information to determine the progress in budgets continues for the year 2020 as well, just as it was the case in previous years, Atapattu shared that the budget monitoring process revealed there is a significant breakdown of the lines of responsibility for several proposals.

As requests were transferred between several implementing agencies—in some instances, multiple times, within departments of the same ministry, it indicates that there was increased confusion within agencies about whether or not the specific proposal fell within their purview.

“This severely impeded the information collection process and might also explain the decline in implementing expenditure proposals,” pointed out Atapattu.

Furthermore, there was also no or insufficient information available to determine the progress of over 67 percent of Cabinet decisions related to expenditure.

According to Verite Research, this is a significant increase from the previous year, when only 41 percent fell into the same category. Observed was also a drastic reduction in the proportion of expenditure proposals that could be classified as fulfilled.

“It was 32 percent in 2019 but just 4 percent in 2020. It should be noted that in 2020, Sri Lanka imposed several COVID-19-related lockdowns, which would have created challenges to implementation that did not exist in 2019,” the think tank pointed out.

For 2020, in the absence of a budget speech, the platform tracked 26 expenditure and regulatory Cabinet decisions between January-June 2020 and eight unfulfilled proposals from the previous budget cycle.