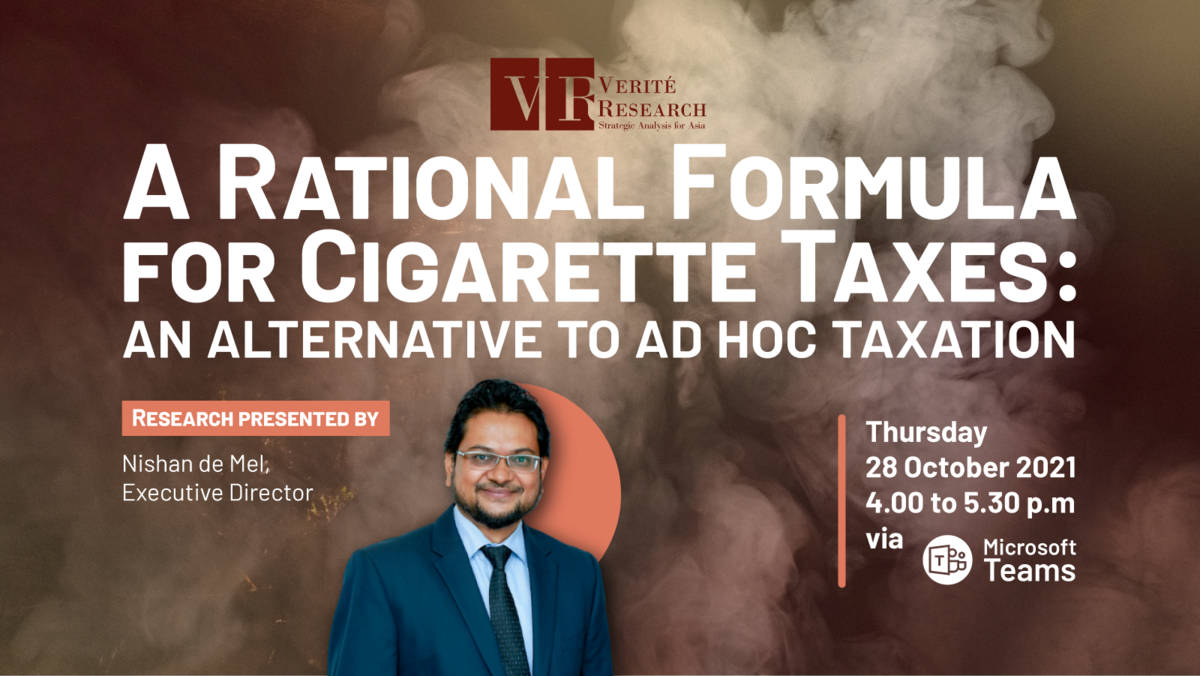 A Rational Formula for Cigarette Taxes: An Alternative to Ad Hoc Taxation was the title of a recent online seminar by Verité Research, on 28th October 2021. The analysis showed that the government is currently forfeiting 20 to 25 billion rupees of additional revenue, annually, by failing to apply the cigarette tax formula explained at the seminar.

The seminar explained how a logical, structured, and transparent formula for cigarette taxes in Sri Lanka could be structured; instead of continuing on the current method of ad-hoc tax changes. An array of analysis from published research was presented by Executive Director Dr. Nishan de Mel, with responses by Professor Amala De Silva (University of Colombo) and Harini Weerasekera (Research Economist – Institute of Policy Studies).

The publication on which the presentation was based can be found at: A-Technical-Case-for-Affordability_Based-Pricing-of-Cigarettes_2014.pdf (veriteresearch.org)