The Growing Dangers of Online Sexual Exploitation of Children 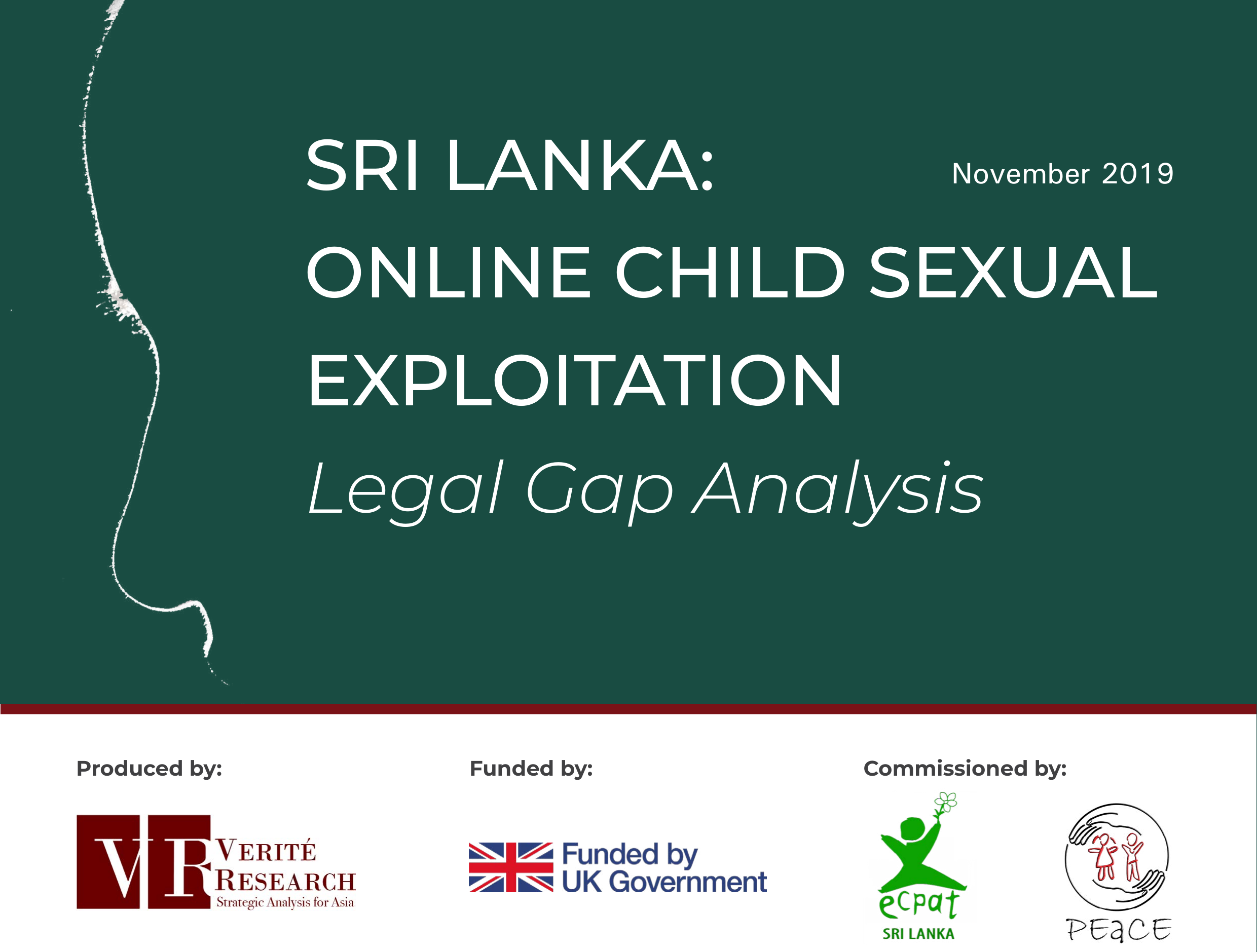 It was a horrifying and sickening case. A 15 year old child was groomed online and sexually abused by dozens of men including a local government politician, a Buddhist monk, a Navy medical officer and a former Maldivian Deputy Minister.

The case highlighted how the rapid advancement in information and communication technologies has provided online offenders with more avenues and sophisticated means to exploit children.

Online child sexual exploitation (OCSE) includes ‘any acts of sexual exploitation of children that are facilitated by ICT’. Some of the aspects of OCSE include online grooming, which is the solicitation of children for sexual purposes; sexting, which is when someone shares his/her or someone else’s naked images, videos or sexually explicit messages; and sextortion, which is the act of coercing or blackmailing the child using abusive material of that person in  order to gain further sexually explicit videos or images or for the purposes of monetary, sexual or any other gain.

Child Sexual Abuse Materials (CSAM) are videos and/or images depicting scenes of child sexual abuse created and circulated via the internet and digital devices, and often used by child sex offenders to further exploit children. It is a multibillion dollar business with millions of images and videos depicting the sexual exploiting and torture of children. The INTERPOL’s Child Sexual Exploitation database holds more than 1.5 million images and videos and has helped identify 19,400 victims worldwide. According to the worldwide report done by the Internet Watch Foundation 105,047 webpages showing the sexual abuse of children were removed by their analysts in 2018.

The National Child Protection Authority reported that its child helpline received 39 complaints relating to obscene publications involving children in 2020, 23 complaints in 2019 and 14 in 2018. But this is merely the tip of the iceberg. Many CSAM are not reported to the authorities due to societal pressure or are not recorded properly after being reported due to a lack of knowledge.

A survey conducted by Sri Lanka Computer Emergency Readiness Team to investigate the use and perceptions of Sri Lankan youth on the security and privacy of social media found that a significant number of youth have been subject to online victimisation including the creation of fake accounts under their names, hacking of accounts, photos used in abusive ways, receiving threatening messages and cyber bullying.

A study commissioned by Protecting Environment and Children Everywhere (PEaCE) also known as ECPAT Sri Lanka and carried out by Verite Research found that there were several legal loopholes that allowed perpetrators to escape punishment. These included the fact that the definition of a child was not consistent, creating gaps in how the substantive law was applied; the Penal Code Section failed to criminalise many variations of OCSE; and the concept of exchange that occured between a perpetrator and child victim was not codified in the Penal Code section.

The legal framework also fails to codify grooming as a crime. The section on soliciting a child does not mention online means of solicitation and the lack of a section prohibiting OCSE in the Computer Crimes Act, No. 24 of 2007 was problematic, the study said.

Hans Billimoria is part of The Grassrooted Trust, an organization that works on sexual and reproductive health education, relationship education and rights advocacy. Grassrooted also works with survivors of gender-based and intimate partner violence. Hans is a member of the National Task Force on Cyber Exploitation, set up by the National Child Protection Authority.

In an interview with Groundviews, Hans explained the difficulties in dealing with online sexual abuse of children.

Is online child sexual exploitation and the proliferation of CSAM an increasing problem in Sri Lanka?

Due to the pandemic, cases of online child sexual abuse have risen from 2,600 cases in 2019 to 15,800 cases in 2020, a sharp rise of 400 per cent. We know that the majority of cases occur because of the fallout from the breakup of a relationship in terms of sharing videos, photos and private comments.

What has caused the proliferation of sexually explicit children’s images and videos on social media?

A child is defined as below the age of 18. Young people have access to smart phones with internet connections. Cyber exploitation and violence can follow after breakups. Parents with children as young as 13 or 14 come to us with this problem. The children provide photos and videos of their own volition as an act of love and trust and then fall into trouble. We work with children make them understand about self-respect, self-esteem, consent and how respond to pressure. Applications such as Facebook, Instagram and WhatsApp contribute to poor self-esteem. In Sri Lanka there are eight million people on Facebook while 60 percent of kids over the age of 12 have access internet on smartphones. We work with parents, teachers and children set up open lines of communication between them so the children have support if something goes wrong. Images can be photoshopped with faces put on naked bodies. Then the child is threatened unless they comply with the abuser. We need child protection education in schools. It is baffling why this has not already been put in place.

There is an incessant feeling of shame about nudity. People are afraid to come forward because of stigma and victim blaming. Children are afraid to have these conversations with their parents and the perpetrators capitalise on this. There is patriarchal construct and entitlement of young men and objectification of women that has become normalised. There is a culture of a “asking for it” blaming. There has to be a conversation around empathy. We need education and social emotional learning. The police even separate data into statutory rate with consent and statutory rape without consent. There is no such thing as consent in statutory rape because you can’t consent if you are under 16. We need child protection education in schools. It is baffling why this has not already been put in place.

Are there networks of such perpetrators operating? Do they have international connections?

There is content made exclusively for Sri Lankans, where the faces are not seen and primarily made up of photos and videos that were not meant for public viewing. There are data bases of names and photographs of children. There are lists going around in schools with prices for photos of breasts and vaginas. It is a sophisticated operations with websites registered in other countries. Even if the website is blocked, it just appears again under a new name.

There is media attention when a case comes to light but after that the issue is forgotten. How can the pressure be maintained to change the system?

The media covers the issue in sensationalist way. We have to influence media to be more responsible. When dealing with well rooted attitudes, just a workshop in a hotel won’t have an impact. My view is that education reform has to be in place for social and emotional learning to have an impact in long term generational change.