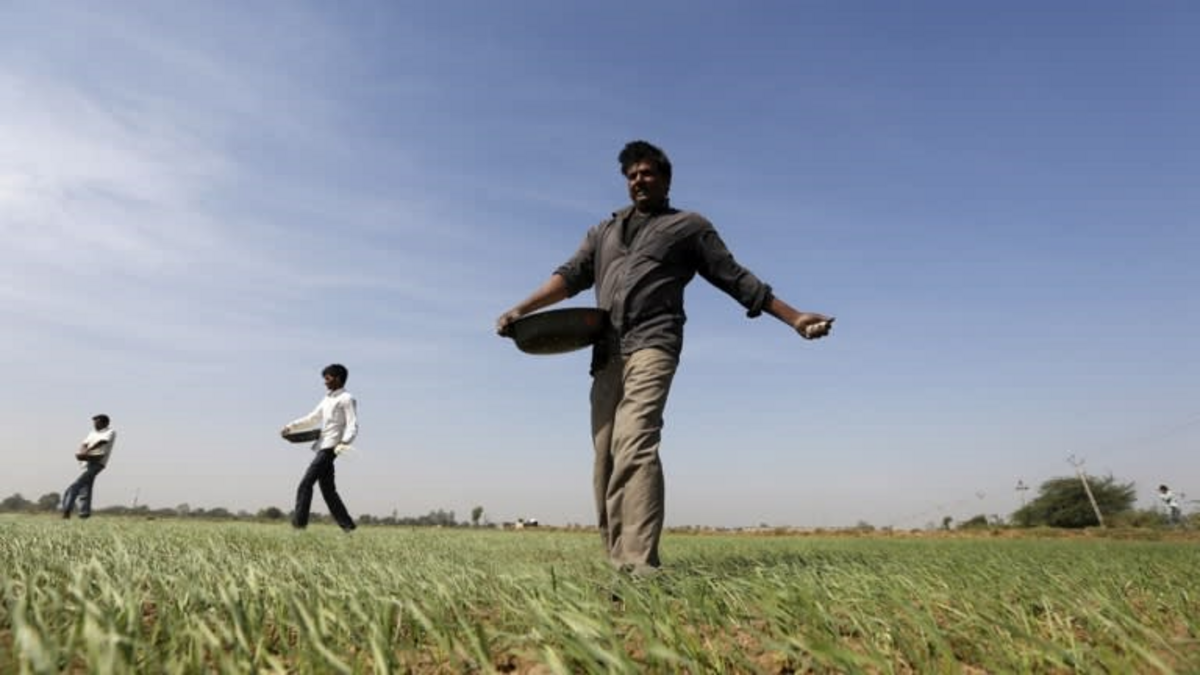 Months into the worst inflation in decades, a new round of food price hikes is ratcheting up pressure on governments around the world. Figures released Thursday by the United Nations’ Food and Agriculture Organization show a barometer of food commodity prices in November at its loftiest since June 2011 and 27.3% higher on the year.

Some of the starkest numbers out of Asia come from Turkey and Sri Lanka, where inflation is racing and governments are responding with dramatic measures that defy economic orthodoxy.

“The price of vegetables is exorbitant,” said Shamla Naleer, a resident of Matale in central Sri Lanka. Her family, though middle-class, is still struggling.

“It’s at the point where we question, ‘Do we need to eat a vegetable today?'” she said. Her father’s small grocery store used to be able to offer discounts for family and close friends. That is out of the question now.

“No one budgets for their price of food to double in a year,” said Aritha Wickramasinghe, who lives between the capital of Colombo and a small village in the south.

“We’re managing by eating differently,” he said. “Portions are different.”

The FAO’s monthly food price index measures the average increase in global prices across a basket of food commodities. The organization has issued a high-alert warning for Sri Lanka, where it says rice and wheat flour prices hit record highs in October. Annual inflation, measured by the central bank’s Colombo Consumer Price Index, came to 9.9% in November.

Sri Lankan President Gotabaya Rajapaksa has attempted to fight rising costs with controversial price control measures, most recently with a September cap covering such items as white rice and sugar. The move backfired: Many food retailers refused to sell at the lower prices, shortages ensued, and much selling migrated to the black market. Images went viral of Sri Lankans in long food lines.

Rajapaksa walked the measure back in October. Prices immediately shot up; rice increased almost 30% in Colombo from September to November, according to the FAO. Malathy Knight, a competition policy expert and research associate at Colombo’s Verite Research, called the flip-flopping “political theater.”

“A price control is a feel-good policy to seem that you’re doing something,” she said.

“It undermines the way markets have to work and has the opposite effect on consumers in the long term,” Knight said. “In the informal sector it’s really a token regulation. They don’t comply.”

Sri Lanka’s fiscal problems include roughly $1.5 billion in debt owed by next July and diminishing international reserves — $2.27 billion as of October — that led the government to restrict imports. The central bank has been printing many billions of rupees, further increasing inflation.

Meanwhile, food supplies are shrinking. Sri Lanka’s main annual harvest will not reach the market until the spring. “They are currently in the tight period,” said Cristina Coslet, who monitors Asian countries’ food prices for the FAO.

“They will need to import … but also support the most vulnerable households with subsidized food,” she said. Sri Lanka is more closed off to imports now than at any point since the 1970s.

Inflation is also sky-high in Turkey, where the lira has been setting new record lows against the dollar for weeks — reaching nearly 14 to the dollar on Tuesday. A dollar bought about 7.8 lira last December and around 3.5 five years ago. Annual inflation in the “food and nonalcoholic beverages” category came to 27.4% for October, according to the Turkish Statistical Institute.

“Everything we need is very expensive and difficult to get,” said Guray Bilginoglu, a resident of Hatay in the southeastern part of the country.

“Lines for cheap bread have started to form,” he said. “We are trying to save on everything.”

The supermarkets are contesting the claims. The leader of Turkey’s Food Retailers Association said they were being “scapegoated” for rising prices that actually stem from increasing production costs.

Erdogan has looked at supermarkets with suspicion for years, saying stores that hike prices commit “food terrorism.” He recently ordered the creation of 1,000 or so shops run by the national agricultural cooperative.

At the same time, his continued pressure on the central bank to lower interest rates — to stimulate growth, he says — is baffling mainstream economists.

“In a standard macroeconomic situation, a central bank usually responds to increasing inflation by increasing interest rate, although the central bank in Turkey seems to be taking a different approach,” she wrote.

Turkey and Sri Lanka are far from alone; fast-paced inflation is hitting most of the world. In the U.S. — where the Labor Department reported 5.3% annual food inflation for October, the highest since January 2009 — the costs are assumed to be at least partially behind President Joe Biden’s sinking approval rating, which he is under pressure to improve before the 2022 midterm elections. In November, he took the dramatic step of asking the Federal Trade Commission to investigate whether oil and gas companies are illegally fixing prices.

The FAO has also issued a price warning for Pakistan, where wheat flour prices in most of its markets were at record or near-record levels in October, as well as for Peru, Argentina, Brazil, Zimbabwe, Ethiopia, Nigeria, Uganda, Sudan and South Sudan.

With presidential elections coming up in 2023 and 2024, Turks and Sri Lankans will be able to express their discontent at the ballot box before long.

Erdogan’s approval rating sank under 40% in Ankara-based MetroPoll’s latest survey from Nov. 25. In a poll from Sri Lanka’s Institute for Health Policy released last month, a third of respondents who said they voted for Rajapaksa in 2019 or his camp in 2020 said they would not do so today.

“Sri Lanka’s a society that’s used to price controls,” Wickramasinghe said. “There’s always been this sentiment that it’s part of the government’s job to regulate the price of essentials.” But in the last few months, he has felt public opinion start to shift.

“I think people saw that actually, these are useless,” Wickramasinghe said.