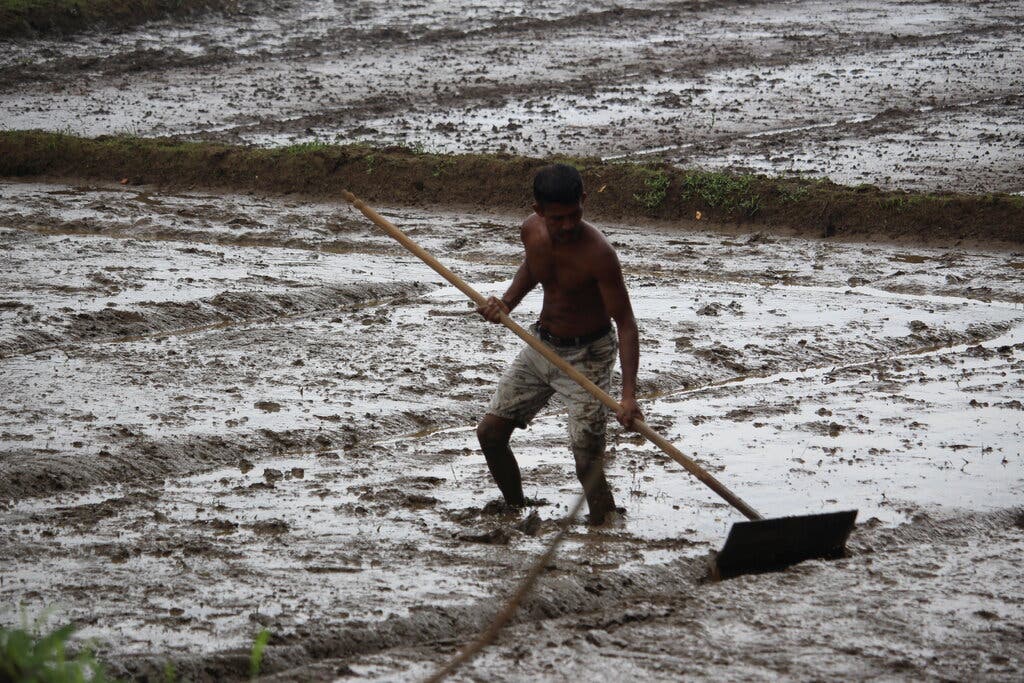 Published in The New York Times

The economically troubled country banned chemical fertilizers without preparing farmers, prompting a surge in food prices and worries about shortages.

RATNAPURA, Sri Lanka — This year’s crop worries M.D. Somadasa. For four decades, he has sold carrots, beans and tomatoes grown by local farmers using foreign-made chemical fertilizers and pesticides, which helped them reap bigger and richer crops from the verdant hills that ring his hometown.

Then came Sri Lanka’s sudden, and disastrous, turn toward organic farming. The government campaign, ostensibly driven by health concerns, lasted only seven months. But farmers and agriculture experts blame the policy for a sharp drop in crop yields and spiraling prices that are worsening the country’s growing economic woes and leading to fears of food shortages.

Prices for some foodstuffs, like rice, have risen by nearly one-third compared with a year ago, according to Sri Lanka’s central bank. The prices of vegetables like tomatoes and carrots have risen to five times their year-ago levels.

“I haven’t seen times that were as bad as these,” said Mr. Somadasa, a 63-year-old father of two who sells vegetables in the small town of Horana, just outside the island nation’s capital, Colombo. “We can’t find enough vegetables. And with the price hikes, people find it hard to buy the vegetables.”

Now Sri Lanka’s government, run by members of the Rajapaksa family, is rushing to avert a crisis. Late last month, Sri Lanka’s plantation minister, Ramesh Pathirana, confirmed a partial reversal of the policy, telling the country’s Parliament that the government would be importing fertilizer necessary for tea, rubber and coconut, which make up the nation’s major agricultural exports.

“We will be importing fertilizers depending on the requirement in the country,” Mr. Pathirana told The New York Times. “So far, we don’t have enough chemical fertilizers in the country because we didn’t import them. There is a shortage there.”

Food costs are rising around the world as pandemic-related supply chain knots are slowly unsnarled and as prices rise for feedstocks like natural gas that are used to make fertilizer and other supplies. Sri Lanka added to those pressures with its own missteps.

Chemical fertilizers are essential tools for modern agriculture. Still, governments and environmental groups have grown increasingly concerned about their overuse. They have been blamed for growing water pollution problems, while scientists have found increased risks of colon, kidney and stomach cancer from excessive nitrate exposure.

President Gotabaya Rajapaksa cited health concerns when his government banned the importation of chemical fertilizers in April, a pledge he had initially made during his 2019 election campaign.

“Sustainable food systems are part of Sri Lanka’s rich sociocultural and economic heritage,” he told a United Nations summit in September. “Our more recent past, however, saw increasing use of chemical fertilizers, pesticides and weedicides that led to adverse health and environmental impacts.”

Covid-19 lockdowns devastated Sri Lanka’s tourist industry, which generates one-tenth of the country’s economic output and provides a major source of foreign currency. The domestic currency, the rupee, has lost about one-fifth of its value, limiting Sri Lanka’s ability to purchase food and supplies abroad just as prices were rising. That added to lingering problems like its huge debt load, including on high-interest loans from Chinese state banks that required it to take out still more loans.

“Our annual earnings from tourism amounting to almost $5 billion did not materialize during the last two years,” Basil Rajapaksa, the finance minister and the president’s brother, told Parliament last month. “As a government, we acknowledge that our foreign reserves are being challenged.”

As Sri Lanka’s economy struggled and global prices rose, its foreign exchange reserves shrank by about 70 percent. Shaving foreign-made fertilizer from the country’s shopping list would help stem the slide.

“The country was hit not with chronic kidney disease,” said Dr. Aruna Kulatunga, a former government adviser on primary industries and agriculture, “but with a chronic shortage of dollars.”

The push for organic farming didn’t start with Mr. Rajapaksa’s current government, nor when another brother, Mahinda Rajapaksa, currently the prime minister, was president from 2005 to 2015. Some farmers and agriculture industry officials say they are warming to the idea of reducing dependence on chemicals in farming. But the shift was too sudden for farmers who didn’t know how to work organically, said Nishan de Mel, director of Verité Research, a Colombo-based analysis firm.

Verité found in a July survey that three-quarters of Sri Lanka’s farmers relied heavily on chemical fertilizers, while just about 10 percent cultivated without them. Almost all major crops grown in the country depend on the chemicals. For crops crucial to the economy like rice, rubber and tea, the dependence reaches 90 percent or more.

The April ban went into effect just before what is known as the Yala planting season, which lasts from May to August, and was felt almost immediately. The Verité survey showed that 85 percent of farmers expected a reduction in their harvest because of the fertilizer ban. Half of them feared that their crop yield could fall by as much as 40 percent.

Food prices shot up in September, and people formed lines outside shops for basic items such as milk powder and kerosene. Mr. Rajapaksa declared a state of emergency to regulate prices and prevent the hoarding of essential items. The government also introduced import restrictions on nonessential items in hopes of dealing with the dwindling foreign exchange.

Now that the government is easing the policy, it isn’t clear whether Sri Lanka’s farmers will get their needed fertilizer in time. The Maha planting season runs from September to March.

“The damage is so much in agriculture and agriculture-related exports,” said W. A. Wijewardena, a former deputy governor of Sri Lanka’s central bank, “that it will take some time for the country to recover.”

It also isn’t clear whether the government will continue to subsidize fertilizer, which made it more affordable for poorer farmers. Lalith Obeyesekere, the secretary-general of the Planters’ Association of Ceylon, said the price for a ton of urea — one type of fertilizer — had gone up in the global market so much that farmers would be paying five times what it once cost unless the government helped with subsidies.

“We know the government has decided on importing chemical fertilizers,” Mr. Obeyesekere said. “But now we will not get fertilizers at a subsidized price.”

Tea planters, some of whom had feared that the harvest could shrink by as much as 40 percent, said they still hoped that subsidized fertilizer would arrive in time. Tea makes up about 10 percent of Sri Lanka’s total exports, bringing in about $1.2 billion a year.

Many of the tea planters and tea factory managers asked for anonymity, fearing they would anger the government at a vulnerable moment. One manager said tea production had dropped by 40 percent. He said there was simply not enough organic fertilizer in the country to replace the chemical fertilizers.

“I used to pluck around 35 kilos of tea leaves a week, but now for about a year we pluck less than 25 kilos a week,” said R. Muniandi, a tea plucker in Ratnapura, a southwestern city. “I can see that the harvest is gradually reducing.”