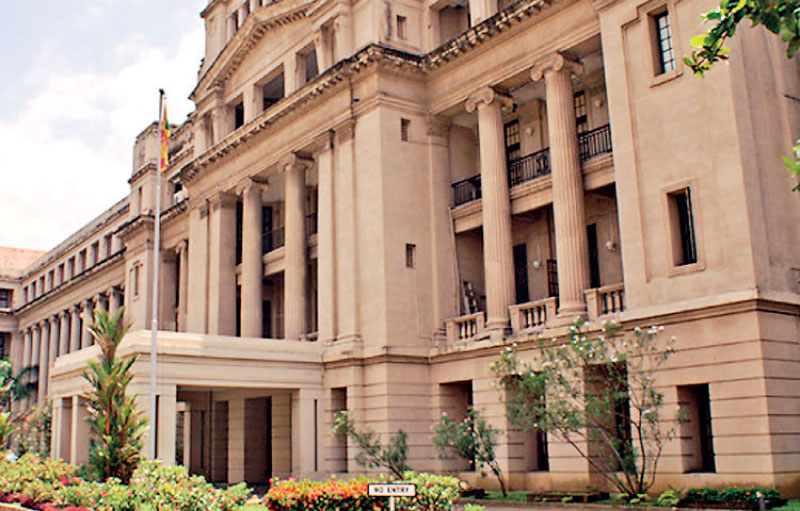 In the last 70 years, Sri Lanka has never been in a more precarious position with regard to the repayment of its debt, than at present, in December 2021. There is much that is said in the media about the increase in Sri Lanka’s debt and as is the case with any crisis, there is a great deal of political finger pointing with regard to the causes of this debt increase.

How did the debt increase so much, especially in the last five years and who or what is responsible for the increase in Sri Lanka’s debt? This insight is a studied response to that question.

The comprehensive analysis set out here shows that the main driver of the increase in Sri Lanka’s debt over the years is the interest that needs to be paid on past debt. The analysis also provides a precise estimation of how much past debt has contributed to the increase in debt from 2015-2019.

The analysis finds that Sri Lanka’s total debt stock increased by 42.8 percent during 2015-2019 and at least 89.8 percent of that increase was due to the interest cost on accumulated past debt. Exhibit 1 sets out the highlights of the calculation and its parameters.

One reason that there is much confusion about the calculation is because estimating the increase in debt and finding the sources of debt increase is complicated by a few factors. The present analysis explains and navigates four sources of complications in calculating the changes to Sri Lanka’s debt.

How was the interest cost estimated? Two valid methods were tested for this estimation for both domestic and foreign currency debt. They yielded proximate results. But the final estimations used in this insight drew on whichever method that gave a lower interest cost – therefore the estimations are conservative.

Therefore, the effective interest rate for the period is an imputed figure based on the quantum of interest that was actually paid, adjusted downward to reflect only the interest cost attributable to past debt.

Exhibit 2 provides an analysis of the SOE debt that is under the direct obligation of the central government, between 2014 to 2019.

Calculations on debt increase that are discussed in public tend to engage in the summation of LKR and USD-denominated debt, using an incorrect method. It is incorrect because the result of the summation is sensitive to the currency in which it is done. It would result in over-stating the increase in debt if it was summed up in LKR and would be under-stating the increase if it was summed up in USD.

The error is avoided by applying a single exchange rate to convert the debt stocks being compared and stated in a single currency. That way, the calculation of debt increase is independent of the currency in which that calculation is made.

The debt raised under the ALMA cannot be utilised by the government for its expenditures. Under the ALMA, it is required that the principal and the interest, if any, is maintained in a designated account and remains an asset of Sri Lanka under the Consolidated Fund and be ring-fenced such that the money can only be used for the purposes of refinancing and pre-financing. That is, borrowings kept under the ALMA are effectively not an increase in the government’s net-liabilities, as the liability created by the borrowing is offset by a cash asset held in the designated ALMA account.

A resolution was passed by Parliament in July 2019 to raise up to Rs.480 billion under the ALMA. However, the financial reporting by the Finance Ministry makes it possible to trace only Rs.30 billion as having been formerly placed within the framework and recognised within the borrowing of 2020, instead of 2019. Therefore, the ALMA transaction in 2019 hardly has an impact on the calculation of debt increase but for the purpose of accuracy, it is required to be included in the methodology of calculating the changes in debt over time and is therefore included in the present calculation.