Govt. Urged to Initiate Groundwork for Debt Restructuring as Plan B 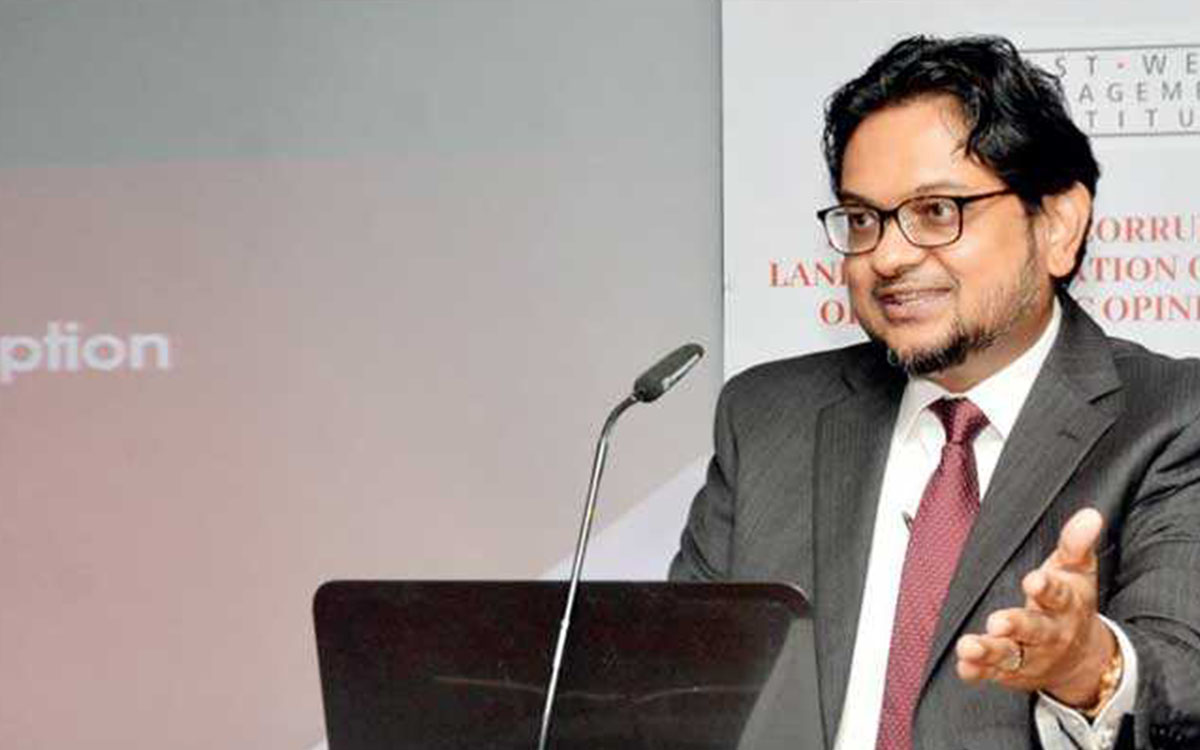 A top economist in the country urged the government to move ahead with pre-emptively restructuring Sri Lanka’s external debt as Plan B, while cautioning that Sri Lanka is on the path for a deeper crisis, if the policymakers get on with Plan B too late.

“Sri Lanka at least needs to get on that path as Plan B, if they think Plan A is workable. If we wait to get on Plan B until late, then we are setting up for a much deeper crisis, ” Verite Research Executive Director Dr. Nishal de Mel told Sri Lanka Economic Forum 2021, organised by the Ceylon Chamber of Commerce,this week.

Despite the repeated assurances by the government and Central Bank of Sri Lanka’s ability to honour its foreign debt, Dr. de Mel expressed doubts about the ability of the government’s Plan A to fully tackle the country’s external debt crisis.

“Numbers don’t add up to see us through 2022. If we get through, it’s because we sell or forfeit enormously valuable national assets at discounted prices. This was the Yugadanvei plant. So, we are really forfeiting our future to manage our present. This is an unwise approach,” he cautioned.

Dr. de Mel pointed out that Sri Lanka had missed the window for debt sustainability it had eight months back, as it failed to implement the necessary adjustments and reforms.
Given that the country’s gross foreign exchange reserves had fallen to a historical low of US $ 1.6 billion at the end of November, which is sufficient to cover only a month of imports, he emphasised that a pre-emptive debt restructuring exercise has to be the least painful option for the country.

“We had a path to debt sustainability eight months back, which required certain policy adjustments; unfortunately that path wasn’t taken. We took the path that got many countries into trouble. So, every time we repay our debt, we increase the pain on the local economy. We are squeezing and saving USDs in ways that it hurts growth. The growth is critical to get economy back on going,” he elaborated.

Joining in Ceylon Chamber of Commerce (CCC) Chairman Vish Govindasamy expressed the grave concerns on behalf of the private sector on the current crisis, while noting that the chamber has been lobbying the authorities to go to the International Monetary Fund (IMF) sooner than later.

“We have been told that there’s a Plan B but we have not heard what’s Plan B. We, as the private sector, are very concerned as to how this all would unfold,” he said.
While acknowledging that the country is running out of options, Institute of Policy Studies of Sri Lanka (IPS) Executive Director Dr. Dushni Weerakoon cautioned that debt restructuring is a long-drawn and complicated process that could result in reputational risks for Sri Lanka.

“There is no common framework for a middle-income country such as Sri Lanka. So, you have to form investment committees, where all these participants are willing to come. We have to look at our bond agreements to see whether we have theses common agreement clauses, which compel all investors to come into negotiations. If we don’t have these clauses, they can take Sri Lanka to tribunals,” she said.

However, Dr. De Mel noted that Sri Lanka’s ISB holders have already braced themselves for a possible default, as reflected in current secondary market prices. Hence, he is of the believe that the negotiation process would be somewhat easier, although mature professional approach in negotiations is a must, while mobilising as much as external support possible from agencies such as the IMF.

Commenting on a possible timeline, he noted that negotiations could go beyond six months but stressed that it is the least painful path for the country to emerge back from the crisis at the quickest possible way.

“The eventual painful disorderly default is the current path that we are in. It is the worst possible outcome for Sri Lanka. The current path involves increasing pain for the local economy. Even if you don’t default, it is going to take over five years to emerge out of it with high returns to bondholders at the cost of the local population. Instead, we can share the pain with bond holders by restructuring debt; it reduces the pain to local economy and build back reserves faster,” he elaborated.

Dr. Weerakoon opined that the government should take a long-term view of the current crisis and to move ahead with addressing structural issues in the economy while stressing there are no quick fixes to the crisis.

“Sri Lanka’s debt is not one-off; we have a  debt repayment schedule goes up to 2027. There are no easy answers or quick fixes,” she said.
In particular, she stressed on the need to have a competitive exchange rate to encourage exports.

“We need a real competitive exchange rate; we have a history of an overvalued exchange rate simply because of our macroeconomic condition hasn’t been on a stable ground,” she added.

Concluding, Dr. De Mel advised the private sector to take the lead in demanding the government to make necessary decision to come out of the current crisis by looking at the bigger picture.

“The repaying of debt happens at the cost of private sector and the consumers due to the squeeze on the economy to protect dollars. If you ask the private sector whether it would take back the tax rates that we had back in 2018 in return for not having the squeeze that you are having today, I think it’s a no brainier; the private sector easily would switch back to the situation it had. You shouldn’t fight for a larger slice of a shrinking pie. The private sector should come together and unite around the systemic changes needed,” he elaborated.