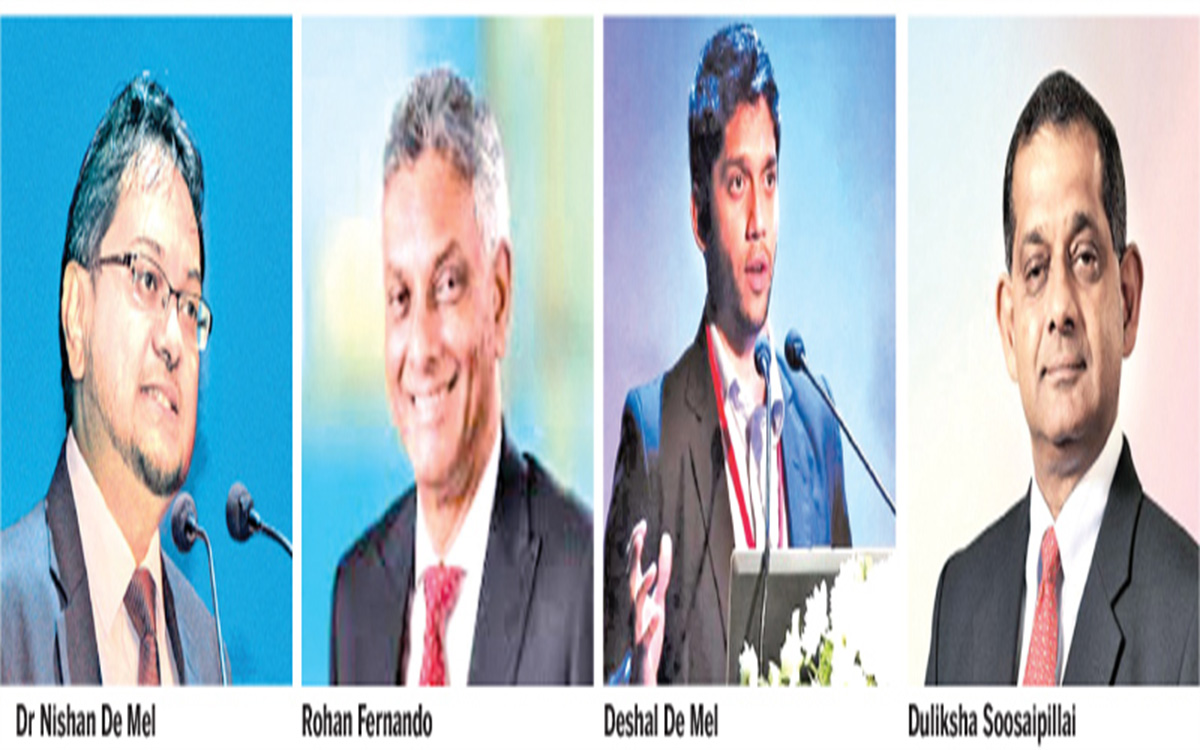 A strong call was presented for a Keynesian model intervention to boost the economy at the CA Budget Forum held on Saturday in Colombo.

Dr Nishan De Mel addressing the forum, urged for a Keynesian intervention to boost the economy. He called for the indexing of excise taxes. He said this would help create consistent tax rises within subsequent budgets.

Dr De Mel began his presentation by outlining the IMF view of austerity economics. Focusing on the external (foreign) debt financing position of the government, he pointed out the declining concessional debt as a percentage of external debt. His view was that debt to GDP was not a significant figure.

Dr De Mel commenting on the issue of interest costs, said that 30% of the Budget goes towards paying of interest. To reduce the cost of interest, he called for a professional debt management office. This would prevent various bond scandals, he said.

An advisor to the Minister of Finance, Deshal De Mel, noted that Enterprise Sri Lanka was formulated following an understanding that the cost of capital was too high.

He noted that a new Monetary Law Act would be presented to the Cabinet on Tuesday. De Mel retorted that the cash margin on vehicles was to be lifted. The panel discussion began with Rohan Fernando wanting “education to be classified as capital as opposed to revenue expenditure.” He went on to comment on the agricultural sector and hoped for policies assisting large scale farming.

Director of the HNB, Duliksha Soosaipillai said, “there is a lack of liquidity in the system.”

Soosaipillai at the latter part of the sessions, urged for “the lifting of liquidity gobbling regulation. Sri Lanka is well ahead of its peers in implementing the global regulation. We could ill afford these laws,” Soosaipillai, said referring to the BASEL regulation.

Shamila Jayasekara in her presentation, noted that there were legal hurdles on luxury tax. She also commented on the impending VAT to be placed on apartments.

He said the Budget had an impetus to increase taxes.

S Nisthar welcomed the fact that there was no drastic change in the Inland Revenue Act. Nisthar predicted, “The luxury tax won’t hit the revenue target.” He criticized the proposal to give power to the minister to gazette specific VAT rates. This takes power away from Parliament.”

Hiranthi Ratnayake noted that companies “would find themselves breaking up.” She suggested that this was a solution to the proposed requirement for 80% of income to come from exports to be defined as an exporter in taxation.

K A Vimalenthirarajah from the Department of Fiscal Policy, justified the luxury tax “as there had been a marked change in the definition of luxury.

This is well reflected in pricing.” Responding to a question on the doubt of legislative follow through, he said “the tax would be implemented. The current discrimination on engine capacity for luxury tax would be removed.”

The Forum was made up of 2 sessions, with presentations and subsequent panel discussions.