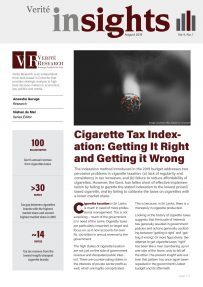 The indexation method introduced in 2019 Budget addresses two pervasive problems in cigarette taxation: (a) lack of regularity and consistency in tax increases, and (b) failure to reduce affordability of cigarettes. 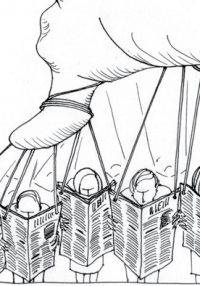 Who is Responsible for ‘Alternative Facts’ on Cigarette Taxation?

There are three false claims that have been prevalent in print media, in relation to the tax and price increases of cigarettes in the last quarter of 2016. The claims were that (i) tax revenue reduced, (ii) beedi consumption increased, and (iii) CTC lost economic value. The Insight provides analysis that contests all three claims. 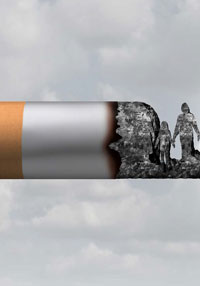 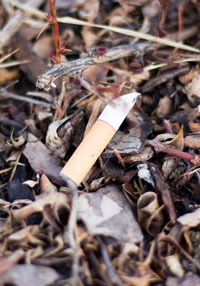 The Global Competitiveness Index (GCI), ranks the competitiveness of economies. The GCI score is calculated using two types of indicators: objective (or measurable) indicators and sentiment (or subjective) indicators. While Sri Lanka has experienced a steady increase in the objective indicators, the steep decline in sentiment indicators have overshadowed these improvements, driving down the country’s overall score and rank. 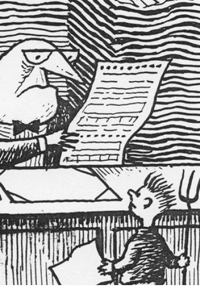 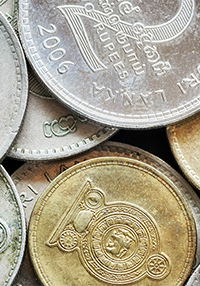 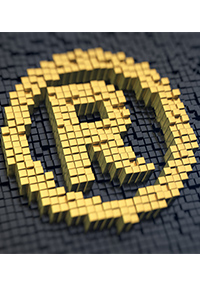 Trademark Registration: From Colombo to Madrid

The Madrid Protocol is a global mechanism for registering trademarks outside one’s home country. It reduces the time, inconvenience and cost incurred by companies attempting to ensure international recognition and protection of their trademarks. In the 2016 budget, the Government of Sri Lanka, allocated LKR 100 million to speed up accession to the Madrid Protocol. This was a positive response to a long-standing request of Sri Lankan exporters. It will assist and encourage Sri Lankan exporters to invest in branding and trade-marks in their market strategy and growth. This insight shows that the path to Madrid, and its benefits for Sri Lankan exporters, faces a singularly daunting pothole. That pothole is in Colombo, and is created by very low level of trademarks registered each year despite the increase in the number of applications and the extensive delays in processing applications by the public institution responsible for registering trademarks. A path to ‘Madrid’ is not enough, the pothole in Colombo needs a separate solution. 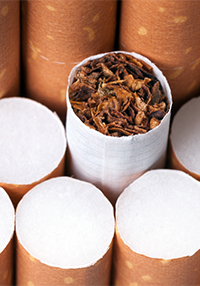 Every year, on the 31st of May, the World Health Organisation (WHO) and partners mark World No Tobacco Day. This day is set apart to highlight the health risks associated with tobacco use and to advocate for effective policies to reduce tobacco consumption. According to WHO “Tobacco kills nearly six million people each year, of which more than 600,000 are non-smokers dying from breathing second-hand smoke”. This is not just a global problem but also a problem for Sri Lanka. Due to poor management of taxation not only have cigarettes become more affordable, but the tax share of the under-priced cigarettes has also declined. Two things have resulted from that: first, consumption of cigarettes have begun to increase (it went up by almost 10% in 2015). Second, potential tax revenues are being lost to government and transferred as income to the producer. This is both a health issue and an issue of public finance for Sri Lanka. Therefore, the Sri Lankan parliament has a responsibility to oversee the taxation measures and address the bureaucratic discretion that is eroding the benefits of public health and public finance.